A Torchlight operative managed to get a picture of an undercover cop filming the rally for Antwon Rose yesterday afternoon at the Allegheny County courthouse. The cop was posted up above Eddie V’s restaurant, kitty corner from the courthouse building. A tripod-mounted video camera is indistinct, but still visible, beside him. There was a second cop not present in this picture, but who was noticed by several witnesses. Both were observed looking at the rally through binoculars. 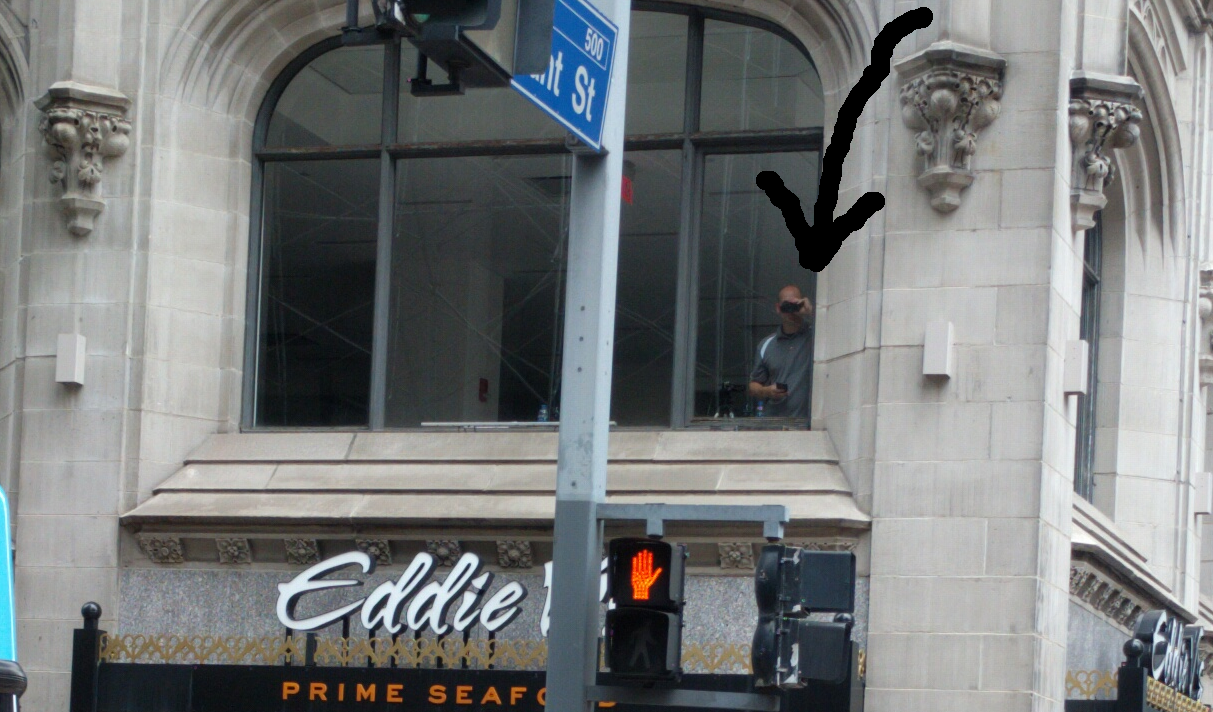 The rally was the usual protest theater so common in Pittsburgh. The organizers might or might not have had time to get an official permit, but the rally was obviously sanctioned by the police, who placed sawhorses to block vehicles from that block of Grant, directed traffic, and made no attempt to interrupt the rally during the exact two hours that it ran. Speakers were chosen ahead of time, there was no space allowed for spontaneous action, and everyone was sent home at the end. The key demand was that everyone register to vote in order to remove Allegheny County District Attorney Stephen Zappala from office, which begs several questions. What the hell are we supposed to do in the year and a half Zappala still has in office? He’s not going anywhere until January 2, 2020. Who is going to run against him? He ran unopposed in the last election, and in any case a Republican would probably be even worse. That means knocking off a sitting DA in the Democratic primary, and maybe having to beat him again if he switches to the Republicans to run in the general election. And finally, even if an opponent steps up to take on Zappala, what assurance do we have that person would be any improvement?

But of course the electoral strategy isn’t really meant to install a progressive DA in Zappala’s place, it’s meant to divert and pacify anger in the current moment. Professional nonprofiteers like Brandi Fisher of the Alliance for Police Accountability depend on the good will of Pittsburgh’s political establishment to keep the grant money flowing, and coopting grassroots social movements is how they get it. Why then were the cops filming her protest? Maybe because they wanted to take attendance of the new people who came out, and arresting them all would have been too much work? Anyone with further insights please share, torchlight AT riseup dot net.

Torchlight received the following reportback from an anarchist who attended the first rally for Antwon Rose on Wednesday evening. There was also a larger rally and march Thursday night that blocked Parkway East for over five hours. The reportback has been lightly edited for spelling and grammar, but is otherwise unchanged.

It’s Going Down has posted another reportback from the same rally.