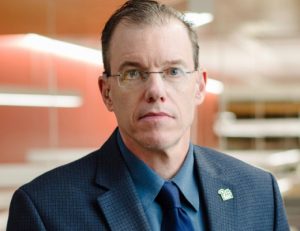 “The challenge for the authorities is how to handle activists who subscribe to extreme beliefs, but who express them through peaceful, lawful activism.”

Michael Kenney, speaking to the Independent

Michael Kenney is an Associate Professor at Pitt in the Graduate School of Policy and International Affairs since July 2011. Before that he was an associate and assistant professor at Penn State. According to his CV, he has received grants from The Institute of Justice (the research, development and evaluation agency of the United States Department of Justice), and the Office of Naval Research, among other agencies. Journals in which his work has been published include Studies in Conflict and Terrorism, The International Journal of Intelligence and Counterintelligence, and Terrorism and Political Violence, among others. Kenney teaches courses at Pitt entitled “Terrorism and Counter-Terrorism” and “The War on Drugs”.